Tuesday: We’re exploring in the southern part of the Clee hills – Magpie Hill and Titterstone Clee, and Clee Hill itself (Cleehill – all one word – is the village). The curiosities are many, not all easily explained. Who would think to name a place “Random”? Then there’s the three-forked pole – shropshirehistory.com quotes a map of 1571 which described it as a “A fforked pole neare to a place whence on old Stone Crosse stood formerly”. Those space-age mushrooms on Titterstone Clee (there was once a rocking or “teetering” stone) are not quite what one would expect, though, visible from miles around, they aren’t really unexpected. But those brick-built figures of eight – what were they for? 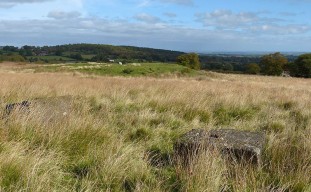 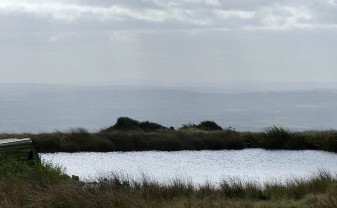 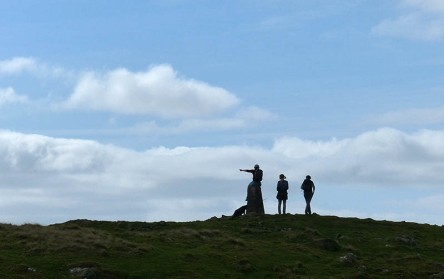 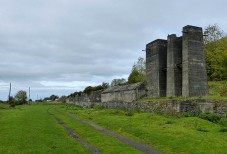 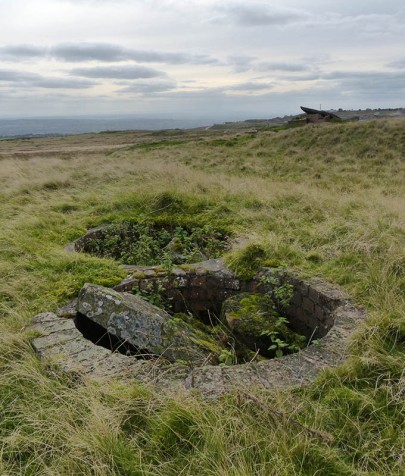