South Wales: we’re on a day trip to Aberdare (we’ve never travelled along the branch line from Abercynon to Aberdare…), and we’re hoping we might see some remnants of the mine and railway at Mountain Ash, where steam locomotives were active into the 1970s. But this is post-coal Wales, and the train is travelling through a jungle of Japanese knotweed and Himalayan balsam, overlooked by birch, buddleia and rhododendron… There is a coal train though, running through Aberdare to the opencast site at Hirwaun, where Tower colliery was the last deep mine in the area.

After the freight has passed, we’re looking for lunch: there’s all we need in Aberdare’s bustling covered market, where the shoppers all seem to know each other.

Now we’re heading back through the greenery to Cardiff. We’ll need to kill time before our train back to Shrewsbury so we take a ride down to Penarth, for sea air and a stroll on the pier. Very pleasant, despite the weather – it’s not raining here, but it’s a damp and drizzly day, and the Somerset coast is faint on the horizon.

For (a little) more on the railways, visit “Aberdare” on Geoff’s Rail Diaries. 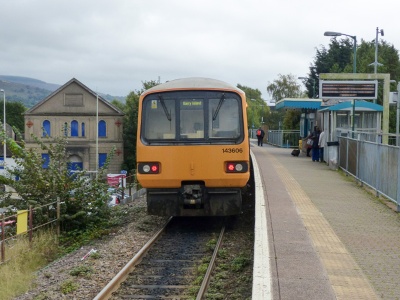 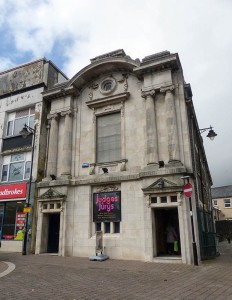 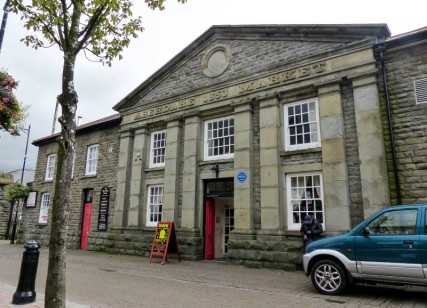 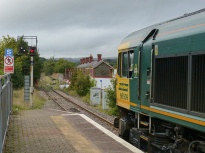