Two days later… We saw no. 70000 Britannia on Tuesday’s driver training run, at Preston Boats, just to the east of Shrewsbury. The weather was less than perfect. For today’s run, the sky was mostly blue – steam, cold air, sunshine – great! (Same place as Mayflower two weeks ago) 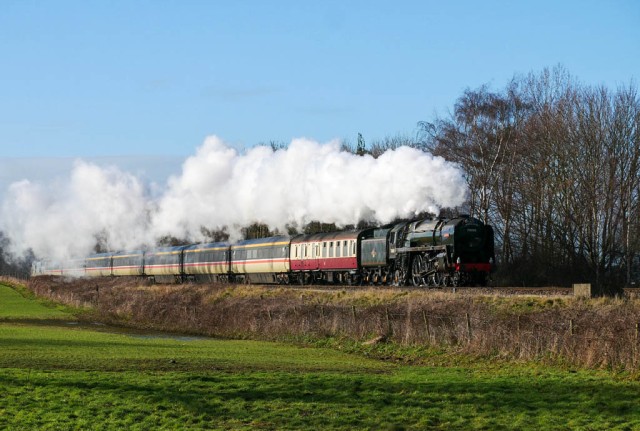 She may rule the waves, but she doesn’t rule the weather! The Met office thought it would be sunny at 1pm – and through the afternoon. No chance – but at least the fog cleared. Still hazy though. Here’s 70000 Britannia getting along nicely at Preston Boats, just a mile or so to the east of Shrewsbury, on the first of this week’s driver training runs. 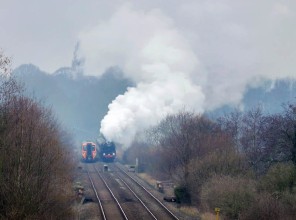 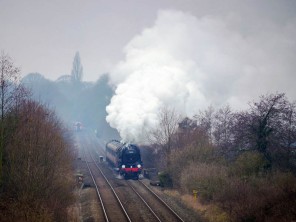 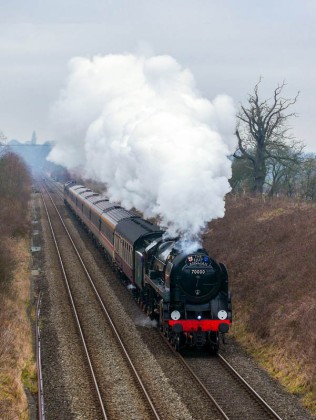 An old friend: 61306 was the last of the LNER’s B1 class in normal BR service, withdrawn in September 1967 and going straight into preservation. I photographed it a number of times on steam specials in the late 1970s (it received the name ‘Mayflower’ in 1976), but for one reason or another we’d failed to meet since then. This week it’s been in action on the Crewe circular test route (driver training? I don’t know): today we saw and photographed it near the site of Allscott sugar factory, getting along very nicely at 60mph or thereabouts. For once, the sun and the wind behaved themselves… 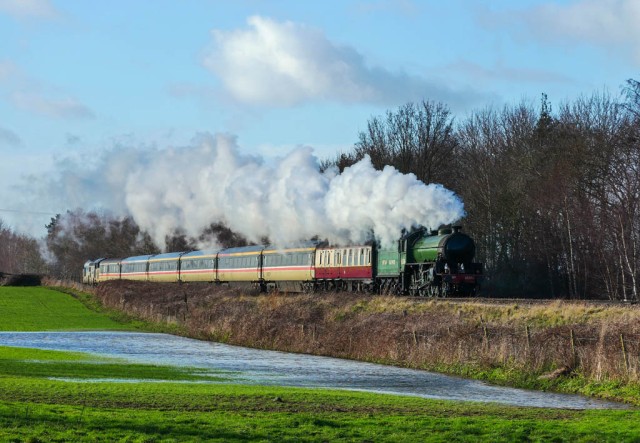 A visit to the museum of the Bishop’s Castle Railway Society.

The Bishop’s Castle Railway was a failure. The line that opened (unofficially) in 1865 and (officially) in 1866 was only half of the originally planned through route. By the end of 1866 it was in the hands of the receivers, who tried unsuccessfully to sell it while continuing to run services. Remarkably, they did so until 1935, by which time it was utterly decrepit. Within two years the line had been lifted and its rolling stock had all gone for scrap metal.

Today, much of the trackbed remains, as do a couple of the stations, but at Bishop’s Castle all that exists is the weighbridge building. Only a few years ago it was derelict and in danger of being lost forever, but it has been lovingly restored and is now the

home of the BCRS museum, a collection of small exhibits and – star attraction – one of the nameplates of the BCR’s locomotive Carlisle. The building also serves as a café (home-made cakes!), while in the yard is the body of a former BR banana van, full of very reasonably priced second-hand railway books. 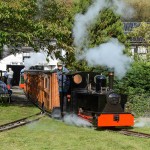 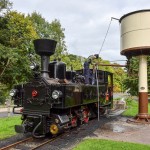 Edgar and the rattly v-skips

Another visit to another favourite 2’0″ gauge line, the Apedale Valley Railway, which held a steam gala earlier today. There will be lots more photos (once I’ve worked through them all) and an account of the visit on Geoff’s Rail Diaries; in the meantime, here are three ‘newcomers’. The German-built O&K, with its neat little tender, spent its working life in Argentina. Avonside Ogwen was repatriated from the USA a few years ago, and Edgar is a ‘new-build’ replica of a (French) Decauville locomotive. A multinational railway! 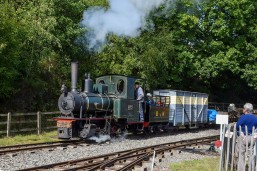 A visit to a open day at the old pumping station, in Shrewsbury’s Coleham district. The old pumping engines have been lovingly restored – so have their boilers – and are steam-operated at fairly regular intervals. Outside the building, there’s more of interest, including steam-powered garden railway trains, a 7¼” miniature railway and a 2′-gauge line. Great fun! 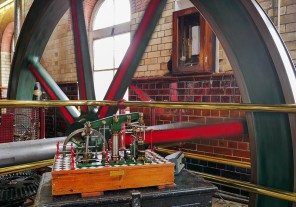 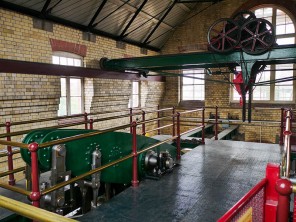 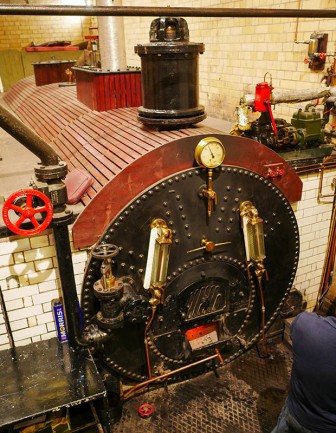 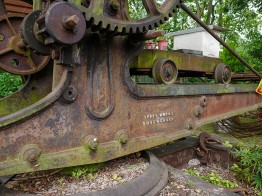 And here’s the movie:

It’s been more than four years since my last visit – a lot has changed at the Staffordshire railway. Visit ‘Back to Statfold‘ on Geoff’s Rail Diaries for lots more pictures and a full(ish) account of yesterday’s enjoyable outing

Just published to Geoff’s Rail Diaries, an account of a trip from Dunbar to Glasgow by rail, taking in the reconstructed line between Bathgate and Airdrie, and returning by the high-speed line from Queen St. via Falkirk and Linlithgow. Visit ‘Return to Glasgow‘ – now! 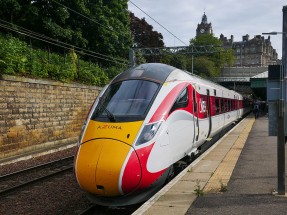