Thursday 27 May: Skye’s Trotternish peninsula is firmly on the selfie trail – perhaps six miles to the north, as the golden eagle flies, there are hundreds of people milling around at the Quiraing (I’ve just driven over the road from Uig – there must have been 120-150 cars parked at the top of the pass), and three or four miles to the south, a similar number will be trying to enjoy the spectacle of the Old Man of Storr. Loch Cuithir is almost deserted – I saw just one other person in the two-and-a-half hours I was walking. He looked like a local, with a sheepdog, driving slowly in a van along the very rough track.

The bed of the loch was a rich source of diatomite, a form of silica with a honeycomb-like structure having a wide variety of industrial uses. It was worked commercially around 100 years ago – a 2-foot gauge railway was used to take the raw product to the shore at Lealt where there were processing facilities. Although long-disused, the trackbed of the old railway is still visible along most of its three mile length, and though boggy in places it is walkable (I walked most of the way along the road/track, using the last mile or so of the old railway to reach the loch. It would have been very slow going to walk it the whole way). One or two small bridges have gone – some rails remain in their vicinity, well-rusted. The loch itself lies below the spectacular peak of Sgùrr a’ Mhadaidh Ruaidh – the Peak of the Red Fox. 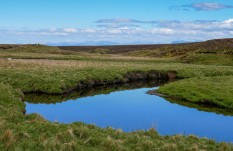 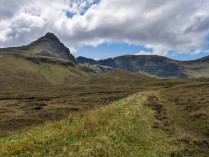 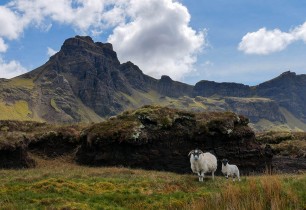 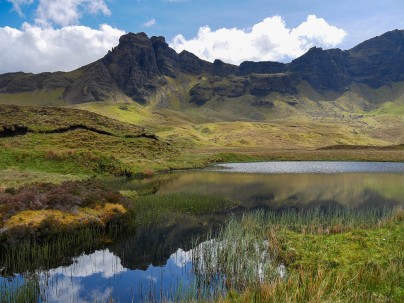 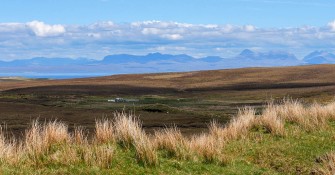 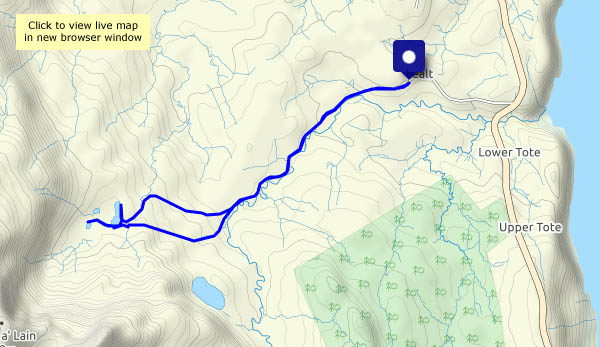