Friday 15 March: “I thought we could go to Dundee – we can go on the train and visit the new V&A”. Great idea! If we time it right, we can travel on one of Scotrail’s “Inter7City” trains – shortened HST sets providing a fast and high-quality ride. We’ll be crossing two of the best-known bridges in the world – over the Forth and the Tay.

The new museum is just yards from Dundee’s smart new railway station, beside the “Discovery”, famous survivor of Shackleton’s Antarctic explorations. The tall ship poses in striking contrast to its futuristic ship-shape neighbour, the work of Japanese architect Kengo Kuma.

The interior is no less striking, but I’ll let the pictures speak for themselves (the splendid pork and apricot sausage rolls deserve a mention, but were eaten before the camera had a chance to record them…)

… and speaking of big eaters, look who we met wandering the streets of Dundee afterwards!

V and A Dundee 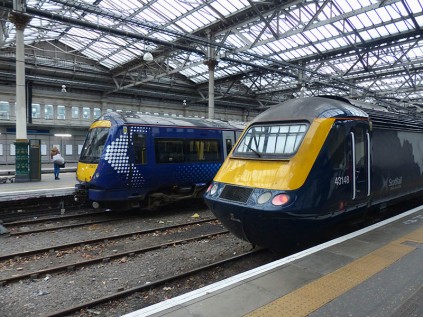 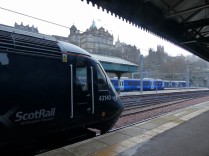 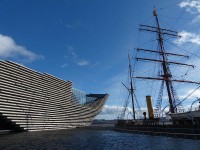 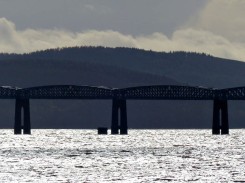 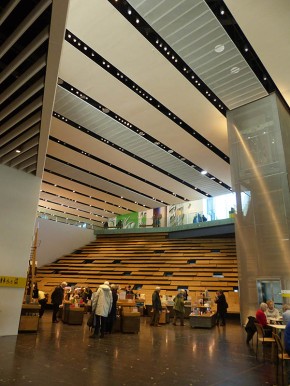 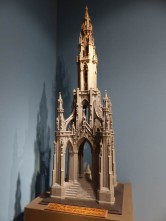 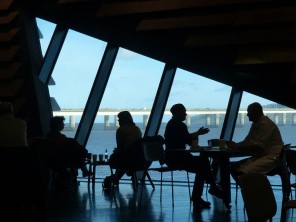 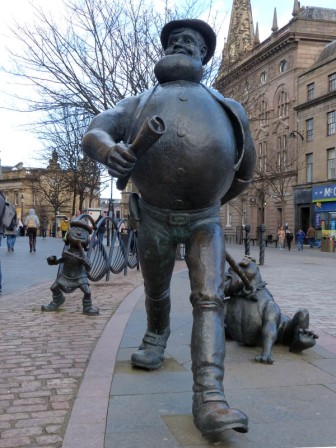 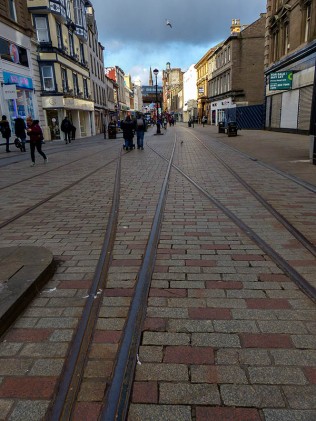